Libro [PDF]: The Saturn System Through the Eyes of Cassini 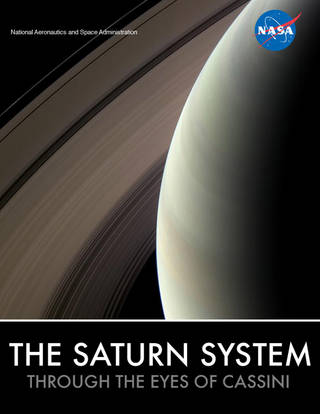 The Cassini-Huygens mission has revolutionized our knowledge of the Saturn system and revealed surprising places in the solar system where life could potentially gain a foothold—bodies we call ocean worlds.

Since its arrival in 2004, Cassini–Huygens has been nothing short of a discovery machine, captivating us with data and images never before obtained with such detail and clarity. Cassini taught us that Saturn is a far cry from a tranquil lone planet with delicate rings. Now, we know more about Saturn’s chaotic, active, and powerful rings, and the storms that rage beneath. Images and data from Saturn’s moons Titan and Enceladus hint at the possibility of life never before suspected. The rings of Saturn, its moons, and the planet itself offer irresistible and inexhaustible subjects for intense study. As the Cassini mission comes to a dramatic end with a fateful plunge into Saturn on Sept. 15, 2017, scientists are already dreaming of going back for further study.

Over a period of 13 years, Cassini has captured about 450,000 spectacular images within the Saturn system, providing new views of the “lord of the rings” and a plethora of iconic images. To honor the art and science of Cassini, this book was developed collaboratively by a team from NASA’s Planetary Science Division (PSD), NASA’s Jet Propulsion Laboratory (JPL), and the Lunar and Planetary Institute (LPI). While these images represent the tip of the iceberg—each telling a story about Saturn and its mysterious moons—our hope is that the mission will inspire future artists and explorers. The sheer beauty of these images is surpassed only by the science and discoveries they represent.