"R Tom Zuidema died on March 2, 2016 at home in Urbana, Illinois, a few months short of his 89th birthday. Professor emeritus of anthropology at the University of Illinois in Urbana-Champaign, he was a preeminent ethnohistorian of the Andes, teacher, mentor, and friend to a host of students and scholars around the world.

Born in 1927 in Haarlem, Netherlands, in the late 1940s Zuidema studied anthropology at the University of Leiden under J. P. B. and P. E. de Josselin de Jong. He earned his first PhD at the University of Madrid in 1953 with a thesis on Spanish accounts of the Incas. In 1955 he undertook his first trip to Peru on funds so meagre he resorted to playing his violin for money in the Plaza de Armas of Cuzco. In 1956 he returned to Leiden to pursue a second doctorate, having obtained a curatorial position in Leiden’s Rijksmuseum voor Volkenkunde. He published his dissertation (1962) in 1964 as The Ceque System of Cuzco: The Social Organization of the Capital of the Inca. That same year he took up a position at the University of Huamanga in Ayacucho, Peru, accompanied by his wife Louisette and their children. There he coordinated research on seven villages in the Pampas River valley with students from Huamanga (several from Quechua families) and from the University of Illinois. In 1967, he moved with his family to the University of Illinois, Champaign-Urbana to join the Anthropology Department. He retired in 1993, and enthusiastically traveled and researched until the day of his death, 23 years later.

Zuidema’s dissertation—along with almost 200 subsequent publications—showed how the Ceque System, a radial set of lines aligning hundreds of sacred sites in the valley of Cuzco from the Temple of the Sun, provided the basis of socio-political, religious and calendrical organization of the Inca Empire. In 2010, his research culminated in a magnum opus, El Calendario Inca. Zuidema’s work garnered many honors, including Peru’s Order of the Sun. Throughout his career, he sought to convey “the native’s point of view” on many different problems, making no universalist assertions but rather prioritizing conscious thought and people’s purposeful application of structural principles. As Frank Salomon comments (unpublished remembrance), “Tom’s opus as a whole can be seen as a tribute to the work of reason in culture, albeit reason in the service of very unfamiliar principles. That seems to me something to be grateful for, something that we still ought to pursue, no matter what else we are committed to.”

Zuidema was a gifted mentor, able to perceive and work with students’ own inclinations. He trained at least 12 Andeanist scholars and influenced many more. His students fondly recall the Zuidemas’ welcoming home, as well as Tom’s lively curiosity and surpassing knowledge of music, world history, and art. He was much loved in Peru; hundreds of admirers filled the auditorium of Peru’s Biblioteca Nacional for his memorial tribute in June 2016. He is survived by daughters Paquita of Coral Gables, Florida and Annegien of Urbana, Illinois; son Lucho of Brighton, England; and grandchildren Andrew, Luis, and Leo. His wife Louisette died in 2013.(Catherine J. Allen)" 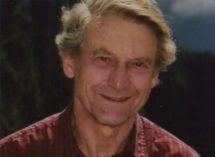